It’s a rare disease but when you have it, you will definitely be infertile. Sertoli-cell-only syndrome is an uncommon condition of the testes. Also referred to as germ cell aplasia, the condition is characterized by an absence of sperm in the seminiferous tubules with only Sertoli cells found in the tubules.

Within the walls of your seminiferous tubules, spermatogenic cells surround your Sertoli cells. Hence, Sertoli cells are necessary for spermatogenesis because they control the environment wherein your sperm cells are growing and they help nourish the maturing sperm.

Your Sertoli cells perform several functions aside from providing support to your developing spermatozoa. Sertoli cells also produce activin and inhibin, which are hormones that are used to regulate hypothalamic secretion of follicle-stimulating hormone. 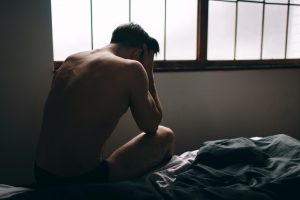 If you have a history of physical trauma or radiation therapy to your testicular region, your sperm cell production may also decrease. Viral infections that affect your testicles can also cause reduced sperm production.

This kind of genetic mutation is typically not inherited since men with genetic mutations like this are usually unable to father children. However, if the genetic mutation that caused Sertoli-cell-only syndrome occurred on the X-chromosome or on another part of the Y-chromosome, then the disease may run in the family.

Unfortunately, there is no medication or treatment available for curing Sertoli-cell-only syndrome. However, there are still options available if you wish to have children.

The diagnosis of Sertoli-cell-only syndrome is typically determined through semen analysis and testicular biopsies. Your doctor can ascertain what options are available for you with regard to fathering children based on the results of these tests.

When the semen analysis shows that the sperm density is less than one million sperm per milliliter, it means the Sertoli-cell-only syndrome is focused on certain areas of the testes and that there are still parts of the seminiferous tubules that are producing sperm. If this is the case, your doctor may recommend a procedure called TESE or testicular sperm extraction.

When testicular sperm extraction is done, your doctor removes a small portion of testicular tissue. Then the viable sperm cells found in that testicular tissue are then extracted. Through intracytoplasmic sperm injection or ICSI, the extracted sperm is then directly injected into your partner’s egg cell. 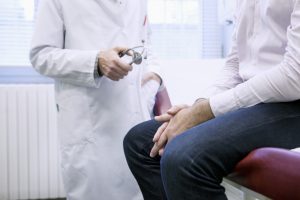 However, the success rate for TESE-ICSI is limited. If you want to go through the procedure, it’s better to have it done at a fertility center that has a good track record of treating men with Sertoli-cell-only syndrome. You may also want to undergo genetic testing so that you can find out whether the condition may be inherited by your children.

For men with mild or moderate Klinefelter’s syndrome, TESE-ICSI may have higher success rates. If diagnosed during puberty, young men with Klinefelter’s syndrome are advised to have their sperm frozen as soon as possible. That’s because the sperm they produce during puberty may be more viable than the sperm they produce during adulthood.

Men who are suffering from infertility problems do not always go to fertility clinics. There are those who prefer to improve their fertility through natural means. All-natural male enhancement supplement is one way to naturally raise your sperm count and improve your sperm quality.

In a 2016 study, for instance, Tribulus terrestris was administered to 65 men who had abnormal semen evaluation. At the end of the treatment period, the men’s semen analysis showed that there were significant improvements in terms of sperm motility and sperm concentration.

In another study, 350 men with idiopathic infertility were treated with 200 milligrams of Tongkat Ali extract. The men received the treatment every day for a period of nine months. Follow-up semen analysis was done every three months. The results indicated that sperm motility and percentage of normal sperm morphology greatly improved.

Aside from enhancing your fertility, natural male enhancement supplements can also help improve your libido and erectile function. The herbs used in the formulation of these are known to help improve sexual virility and performance.

Pros and Cons of Vegetarian Diet

How to Give Your Partner Multiple Orgasms