What is Phalloplasty Surgery & How Much Does it Cost?

Phalloplasty, in short, is a process by which men can enlarge their penises. In simpler terms, this surgery can be called penile lengthening.

Before I go any further, let me set one thing straight: Penile lengthening does not make the erect penis larger; it only makes the flaccid penis larger. If you’re still interested in phalloplasty surgery, please read on.

What is the average penis’ length?

The average penis length, according to recent studies, is around 5 inches. Most penises range from 4 inches to 7 inches, with a majority of the population below 6 inches.

So guys, stop thinking you have a small penis if it’s only 5 inches; that’s actually normal.

Well, I know you know that the lengths are completely different, considering a flaccid penis is soft and an erect penis is hard. However, when I ask this metaphorical question, I mean to ask what the difference in the average length of both is. 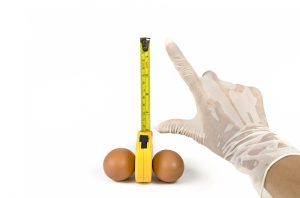 The length of a flaccid penis varies much more than the length of an erect penis. And, the flaccid version of the penis has no inclination whatsoever of what the erect version of the penis will look like. In other words, if you’re flaccid penis is one inch long, that does not mean your erect penis will be 4 inches long; it could grow to a full 7 inches. Small flaccid penises can also grow astoundingly large in the girth department, too.

In turn, if you have a large flaccid penis, you may not grow much in length or in girth. It may just harden up to be a little bit bigger than before. Every penis is entirely different.

What does phalloplasty surgery do to the length of your penis?

Did you know that approximately one-third to one-half of your penis is actually housed inside your body? I bet you didn’t.

Did you know that the suspensory ligament supports your penis when it becomes erect? I bet you didn’t.

However, now that you know these two facts, I can continue my explanation. Phalloplasty surgery requires the surgeon to cut the suspensory ligament to increase the length. If the ligament is cut, the penis can trickle away from the body a couple of inches.

What does phalloplasty surgery do to the girth of your penis?

Increasing the girth of your penis is a little bit trickier in phalloplasty surgery. I can’t just lay the facts out in front of you and follow the facts through with a line or two of information. But I can try my best to explain it to you.

Basically, phalloplasty surgery can increase the girth of your penis in one of two ways:

What are some reasons you’d want to have phalloplasty done to your penis?

If you want a larger penis, don’t do this surgery. It’s not reason enough to get the procedure done.

However, if you’ve ever been anxious or depressed, or if you’ve ever had low self-esteem about your penis, this surgery may be worth trying out. Additionally, if you have a health concern regarding urination or sexual intercourse, you may want to talk to your doctor about phalloplasty surgery as an option.

If you are interested in the procedure, it can cost anywhere from $5,000 to $15,000, depending on whether you’d like to lengthen or widen your penis.

What other options do you have? 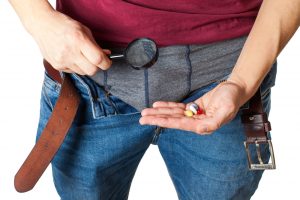 If you’re a little shaky about getting phalloplasty surgery done, don’t worry; there is another option. Try a natural male enhancement supplement. Supplement works wonders when it comes to increasing length and girth. It also helps in areas such as performance, endurance, stamina, and more. And, it will also provide more intense orgasms for both you and your partner.

What’s there to lose? If you don’t like it after a while, you can stop it; at least you won’t have to reconfigure your penis through surgery!

Mindfulness: More Important Than You Think