Turn Her On without Annoying Her

Most men think that no matter how they try to turn a woman on, they are making her happy. They are showing her attention and that is all the matters. The truth is that there are some ways that you may be trying to turn your woman on that actually annoy her. If you want to make her happy, increase her pleasure and avoid annoying her, the information here today is what you need to know.

Women Don’t Know What They Want Until They Get It

The truth is that most women don’t know what they want in bed until they get it. They might tell you some things they believe will turn them on. However, there is a good chance that when you do what she told you to do, she may not like it and may be annoyed with it. This is why you need to pay attention to her expressions when you do it. See if she really likes it or not. Keep trying new things until you give her what she wants.

Women Want Things You May Not Know About

There are many women who have fantasies or desires in the bedroom that they actually believe make them a freak. In fact, if they told you about these things, it would probably turn you on. She may be too embarrassed to tell you want really turns you on. Maybe she would like you to pull her hair, let her be on the top or some other desire she has. Try to make it comfortable for her to talk to you about these things.

Most women read articles from magazines about what they should want or what they should get from men. Even if they have never gotten these things, they convince themselves that it is what they need to get the most pleasure. When you do these things to her that she read in a magazine, it may annoy her instead of turning her on.

You may think that women want you to go after her and keep trying. However, you could be trying too much. Women want you to pay attention to them but they don’t want you to try too hard. Don’t ask her annoying questions about what you are doing. You need to figure these things out on your own. One or two questions is fine but asking too much about whether you are pleasing her or not gets annoying. 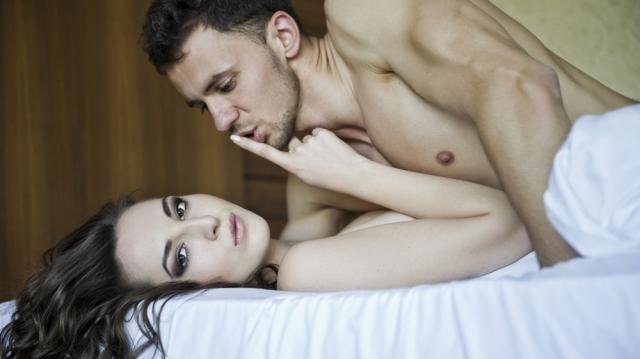 There is such a thing as using the wrong techniques. Remember all women are different. Just because you read about a technique that some women enjoy that doesn’t mean you will be doing it right with another women. The woman you are with now may not enjoy that technique and it may turn her off instead. This is another point where if you are going to try a technique, you pay attention to her response to see if she enjoys it or not.

Rushing the Act of Sex

You may believe that women want you to hurry up and give them an orgasm. In fact, this is quite annoying to women. They don’t want you to rush things along. They want you to pay attention to them and please them. If you rush the act of sex, they won’t be pleased and likely they won’t even have an orgasm. If they feel like you are rushing, they may think you don’t care enough about pleasing them and then they may not want to have sex with you again.

There are things you may be doing that annoy the woman you are with. If you want to avoid annoying her and bring her more pleasure instead, you need to keep in mind the things you learned here today. Keep in mind that women are different and when you have sex with someone new, she may not be interested in the same things sexually as the last woman you had sex with. Now that you know this, along with the information here, you can be the man she wants you to be. Pay attention to her and what she truly wants and not just what she thinks she may want. This is how you are going to be the best sexual partner.

Stay Fit with These Snacks to Eat on the Go

Work on Your Weight Loss Daily with These Tips