There are several standard treatment options for PE such as medication and psychotherapy. However, some men may benefit from a more natural approach to treating PE. Although it may come as a surprise, certain foods can help men with PE gain more control over their ejaculation time. Here are just seven food options men with PE should consider.

Almonds are considered nutritional powerhouses as they contain a number of essential nutrients such as carbohydrates, protein, healthy fats, vitamin E, folate, vitamin B6, calcium, magnesium, and many others. The abundance of nutrients found in almonds will give enough fuel for the brain to function normally. Because PE is often a result of neurological and psychological problems, eating nutrient-dense foods such as almonds can help strengthen the nervous system for better sexual functioning.

Another feature of almonds important to mention is that they’re rich in the amino acid tryptophan which is a precursor for serotonin production. Studies have long found that serotonin plays a crucial role in ejaculation time so boosting its levels with almonds could help with PE. 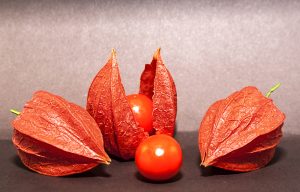 Winter cherry, also known as Indian ginseng, has been used in traditional Ayurvedic medicine in the treatment of anxiety and related disorders. The plant is also recognized in Western medicine for its anxiety-relieving benefits. However, winter cherry is not necessarily food as it is usually consumed in tincture form. The reason why winter cherry can help with PE is that PE is often associated with anxiety and stress.

If you happen to suffer from PE and are otherwise healthy, consider taking stress-relieving remedies like winter cherry tinctures and see if it can help you with your problem. However, if you are currently taking medication like antidepressants, be cautious about taking winter cherry as it is known to interact with these medications.

A spicy food often added to Asian dishes, ginger not only makes your meal taste and smell good – it also keeps your mind alert. A study published in Evidence-Based Complementary and Alternative Medicine found helped enhance cognitive abilities in middle-aged women. Ginger is also known to boost circulation and improve your mood.

However, what does all this have to do with PE you may be asking. Well, the mood-enhancing and mind-sharpening effects of ginger can and will show on your sexual performance as sex starts in mind. PE may indicate that your brain and nerves aren’t functioning as well as they should and ginger can correct this issue without any side effects.

Although you can get plenty of vitamin D simply by spending some time in the sun, another way you can get ample of this important vitamin is through foods like cod liver oil, mushrooms, tofu, eggs, and fortified milk. Vitamin D deficiency is fairly common, and it is strongly associated with low testosterone.

Since testosterone plays an important role in male sexual functioning, boosting your levels of this important hormone can help you get more control over your ejaculation time. Make sure to eat plenty of vitamin D-rich foods during winter and when you’re spending more time indoors as the lack of sunlight is bound to deplete your vitamin D production.

Fish, mussels, and shrimp are also great food choices for men with PE for a number of reasons. First of all, these foods are rich in vitamins B6 and B12 which are not just important for normal nervous system functioning but for balanced hormones as well. Both vitamins are crucial in the production of testosterone, but they’re hard to find in most plant sources of food.

If you are a vegan or vegetarian, then supplementing your diet with these vitamins is important for your mental and sexual health. The second reason why seafood is a great choice to treat PE is that it is rich in omega-3 fatty acids which are also important for normal brain and nervous system functioning. Our diets are, unfortunately too low in these fatty acids and one way you can ensure that you’re getting enough of your omega-3s is by eating seafood.

Blueberries are a rich source of antioxidants that protect your body from free radical damage. Blueberries are also known to improve cardiovascular health, and we already know how important cardiovascular health is for your sex life. Although PE is not a result of poor blood flow to the penis as in the case of erectile dysfunction, research does show that PE and erectile dysfunction are closely linked. 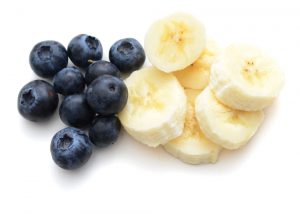 This is why you’ll often see the same remedies for erectile disorders being recommended in the treatment of PE. Make sure to include blueberries in your diet in order to avoid developing erectile difficulties and to protect your brain from free radicals.

Bananas are a great way to curb hunger but also to control ejaculation time. They’re rich in an enzyme called bromelain which scientists believe that it has a strong impact on sexual functioning. Bromelain is also believed to boost sex drive and help increase sperm count. Although there is no research proving that bananas help cure PE, their effect on other aspects of sexual functioning is well documented so trying them out to treat your PE may prove to be helpful.

Premature ejaculation is a common male problem that is, unfortunately, difficult to treat. Because conventional therapy often fails to improve PE severity, many men with this condition will turn to alternative treatments and even supplements. However, certain foods contain nutrients that may also correct nutritional deficiencies that may be contributing to your problem. Make sure to include these seven healthy foods into your diet, and you may just see an improvement in your ejaculation control.

10 Embarrassing Sex Stories That Can Actually Make You Laugh