Bacopa Monnieri goes by many names such as water hyssop, brahmi, and herb of grace. This creeping herb has long been used in Ayurvedic medicine to treat asthma, ulcers, inflammations, anemia, and epilepsy. But it is best known as an herb that enhances memory and as a neural tonic. According to the latest dietary supplements market analysis, Bacopa monnieri is predicted to be the next big thing in nootropics.

As early as 2012 when research into the benefits of Bacopa monnieri was still in its infancy, it was already found to have beneficial effects on memory. There was also evidence found that the herb may help in dementia, epilepsy, as well as Parkinson’s disease. A 2017 study investigated the neurocognitive effects of a nootropic derived from Bacopa monnieri. Take a look at the study’s highlights.

Our brains are particularly susceptible to the damage caused by free radicals, which is why antioxidants are considered as very important for brain health. When there is an imbalance between free radicals and antioxidants present in our body, this can lead to aging and cognitive decline, especially in elderly people.

In both mice studies and human in vitro trials, Bacopa monnieri extract was found to have antioxidant properties. Other studies show that Bacopa monnieri extract has iron chelating properties which means it reduces iron concentration. This is extremely important for brain health because recent studies have already established that when there are high amounts of iron in the brain, it increases the risks of neurodegenerative diseases.

In fact, a 2014 mice study found that the combined action of both antioxidants and iron chelators can completely restore brain function after having been damaged by iron overload. Since Bacopa monnieri has both antioxidant and iron chelating properties, this makes the medicinal plant extremely beneficial for brain health. 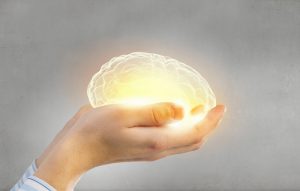 The cholinergic system refers to the neurons that use acetylcholine as neurotransmitter. Simply put, these are the brain cells that are damaged the most in patients with Alzheimer’s disease. When cholinergic neurons are lost, it leads to memory and attention deficiencies.

It has been shown that sustained daily consumption of Bacopa monnieri supplements can greatly enhance memory. It can also help increase information retention capacity, and in children with ADHD, improved logical memory. Even in people aged above 55 years, Bacopa monnieri can help increase memory acquisition, verbal learning, and delayed recall. 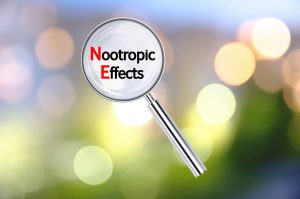 The plasticity of the brain refers to its ability to adapt to stress and other stimuli. Brain derived neurotrophic factor (BDNF) is considered an indicator of neuronal plasticity and memory. While Glial fibrillary acidic protein (GFAP) is considered an indicator of memory forming processes. Alzheimer’s is associated with low levels of BDNF while amnesic conditions are associated with low levels of GFAP.

Other Studies And Reported Side Effects

In humans with no cognitive impairments, Bacopa monnieri was found to have increased the processing speed of visual information. As well as a reduction in anxiety levels. It was also found to enhance the accuracy of spatial working memory.

In healthy elderly volunteers, Bacopa monnieri extract helped enhance the cognitive processing and working memory of the volunteers, as well as improve their attention. There are also been studies that showed Bacopa monnieri is good for brain health by protecting nerve cells and preventing oxidative stress in the brain.

Bacopa monnieri was also shown to help prevent cell death and lipid peroxidation. A condition wherein free radicals get electrons from lipids found in cell membranes which eventually cause cell damage. This process can start a chain reaction which can then lead to severe tissue damage. If happening in the brain, the damage can cause severe disorders and cognitive impairment.

Nevertheless, consumers are warned that excessive intake or intake outside of prescribed dosages may lead to possible side effects. These include nausea, stomach problems, and in men, possible reduced fertility. As with any other dietary supplements, Bacopa monnieri is best taken with precaution and after a discussion with your healthcare provider.

A Silent Killer: Is Your Heart at Risk?

Can’t Figure Out How to Choose the Right...

Supplement Subscriptions – The Good and The Bad

EFFECTS OF FOOD ON THE BRAIN

CASHEW: BENEFITS AND DANGERS TO THE BODY

The Best 10 Probiotic Foods That Will Improve...

9 Foods You Need to Be Eating, Guys